We are delighted to announce the release of our latest Android game Glow Hockey 2 Goal Craze –on the Google Play Store. Would like to give a huge round of applause to our team of gamo-sapians for their dedication to develop this game in such in a short time. You may download the game from here!

Glow Hockey 2 Goal craze is the first-ever 2 goal, multi-player air hockey game for people of all ages. The game offers 3 difficulty levels, various colorful mallets, and a game play that is optimized for iPad devices.

Based on physics game play, Glow Hockey-2 Goal craze has a space neon look with captivating special effects, brilliant fire animations and realistic sound effects to enhance your playing experience. The most fascinating feature of the game is the first-time ever introduction of 2 goals on each side (1 goal at each corner of the table) to make your play more challenging. 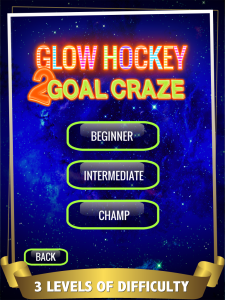 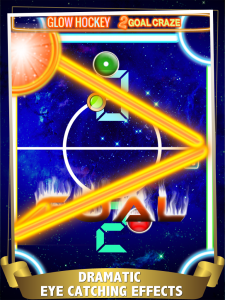 The game is completely FREE! So what are you waiting for? Download and start playing right away.